From 31 August until 2 September, 2018, Circuit Zandvoort (the Netherlands) will be hosting the seventh running of the Historic Grand Prix Zandvoort. This year, once again, the tens of thousands of spectators will be treated to a mix of international top-level series that includes two spectacular new categories. Get ready for three days of historic Formula 1, Formula 3, DTM, Le Mans style sports cars and much, much more!

The ‘Tourenwagen Classics’ series revives the history of the DTM from the 1980s and 90s, among others. For the first time, the Historic Grand Prix Zandvoort will be welcoming an impressive field of DTM classics like the Mercedes 190 Evo 2, BMW M3 and Alfa 155 V6. DTM stars like Roland Asch, Kurt Thiim and Altfrid Heger, who are regular competitors, are the icing on the cake!

Formula 1, and much more

Of course, the familiar crowd’s favourites will be present, too. The FIA Masters Historic Formula One Championship with Formula 1 cars from 1966-1985 will bring back the spectators to the era of the Dutch Grand Prix. The FIA Masters Historic Sports Car Championship accommodates, among others, brawny Le Mans style sports prototypes from 1962-1974. The FIA Lurani Trophy for Formula Junior cars ranks among the jewels of historic motorsport and is one of the favourites for many spectators of the Historic Grand Prix Zandvoort. Further good news is the return of the Historic Formula 2 class tohe Zandvoort dunes.

Like last year, the Gentlemen Drivers (pre-1966 GTs) and Pre-66 Touring car classes will be combined with the GTs and the touring cars from the Dutch historic touring car and GT championship (NK HTGT). This is a guarantee for full competitive grids and thrilling duels. The same can be said about the NK GTTC, the successful Dutch category for touring cars and GTs from 1966-1981.

Spectacular and special demonstration runs also traditionally rank among the highlights of every Historic Grand Prix Zandvoort. Currently, the event organisers are working hard to exceed expectations once again this year!

JE Pistons is a proud sponsor of HARC!

For more information and tickets: www.historicgrandprix.nl/english/ 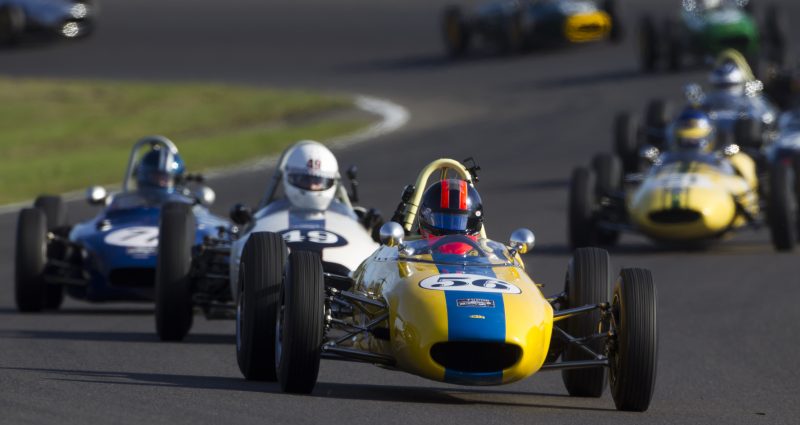